A WORD FOR YOU 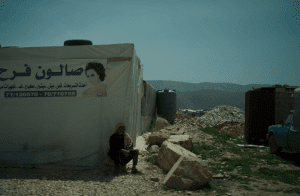 My son went forward for his award. The crowd of several hundred cheered for him. People shook his hand and gave him high-fives. He proudly walked back to us with a shiny plaque for finishing first in his age group.

What the cheering people didn’t see were the 300 miles my son ran in the three months before the race. The race took place in the spring, which means those miles were mostly run in winter. We live in a place called “Up North.” It’s cold. No one cheered when my son ran his training miles in the snow, ice, rain, and freezing temps. Running isn’t always something you feel like doing every day. You don’t run that many miles without pain and suffering. And there is no cheering.

Not long ago I attended a conference where several Christians shared their testimony of struggle in places of persecution. We clapped for them. We shook their hand. Someone probably gave them high-fives.

Although there’s nothing wrong with that, when they were in prison, no one cheered. When they were being mocked and tortured, no one gave them high-fives. There were hours of loneliness, rejection from family, tears shed in secret, blood spilled in the darkness, that no one celebrated.

It’s easy to celebrate when the trial is over and the happy ending comes, but this does not minimize the trial. In the suffering and the pain, there is no thought of future applause. There’s just the pain and uncertainty. They don’t know the ending.

When Noah and his family were on the ark, we portray them as happy, playing with smiley, cute animals. We forget the devastation around them. We forget that animals stink and that ark was surely crowded.

Joseph was unfairly thrown in prison. When we read his story in Genesis, we know he gets out of jail and becomes the #2 ruler in Egypt. We glibly pass over the years of imprisonment.

We gloss over the reality of day in, day out misery. Happy endings are great, but the happiness of the ending is related to the severity of the pain that went before. And, not all stories have happy endings, at least not in this life.

For every runner, like my son, who received an award that race day, there were hundreds more who received no award, no applause, and no congratulations. Runners like me! Guess why I know how many miles my son ran? Guess how I know they hurt? Guess how I know what the weather was? Because I ran those miles too. I suffered more than he did, because I’m old!

I got no plaque!

For every believer we applaud, there are hundreds more we’re never aware of. Hundreds more who suffer in silence. For most of us, persecution is far removed from our lives. We have a romantic view of it, a made-for-TV movie quality about it. Soul-stirring music plays in the background. A deep-voiced narrator reads inspirational quotes. Sweat drops fall in slow motion. “Wow, how cool!” we think.

These are real people suffering real pain for their faith in the Lord Jesus Christ. Many of them will never hear applause on earth. Eternity is a different story! “Well done, my good and faithful servant” will be the sweetest words they will ever hear.

There is no cheering audience in persecution. No sound guy, light technician, nor cameraman. For many there is only crushing loneliness and quiet.

Again, thank the Lord for happy endings, for the eternal reward and consolation. As Paul tells us, “The sufferings of this present time are not worthy to be compared with the glory that will be revealed in us.” For many who suffer, promises like this keep them going. Like Jesus, they endure for the joy set before them.

Hebrews 11 lists many familiar names, but it also lists believers who suffered and were never applauded, praised, or even named. Their experiences were not fun; they were real and painful. They lived like Abraham, for a better, heavenly country. Thank God for the better country. But remember the rough road that often leads there and the tough miles that must be run.