The Gardener: A Postcard from the Field

“Now to Him who is able to do far more abundantly than all that we ask or think, according to the power at work within us, to Him be glory in the church and in Christ Jesus throughout all generations, forever and ever. Amen.” 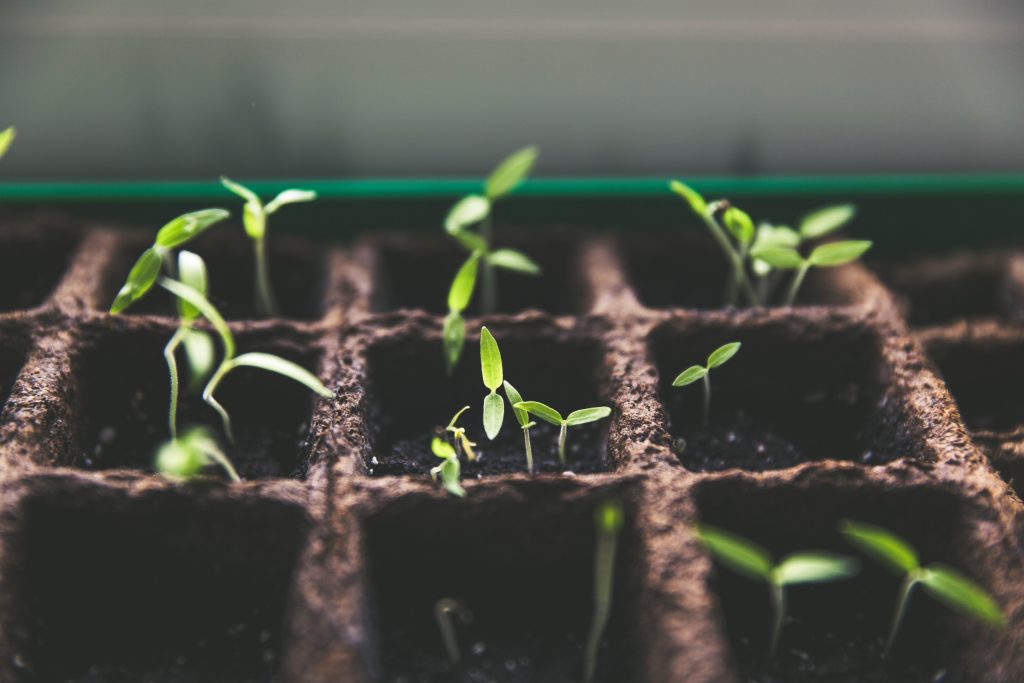 A gardener is a visionary.

A gardener looks at seeds and sees them far past their current state. Taking a tiny seed in their hand, they can already see what it will become. They see every stage, every necessary stage it will go through. And with that vision locked tightly in their thoughts, they begin to plant. They give much patience and careful attention to the task. The gardener watches his seeds grow.

Then one day, they look at their seed and no longer call it that. They call it for what they know it is destined to be.

I heard about Ananias House’s Women’s Leadership Training when it was an idea, a mere seed. It was not planted, but the vision caught my attention. I knew God desired me to be a part of it. A year later, the seed had taken root, plans in motion. By October 2019, the training’s first year had officially begun.

It was my first time serving in the Middle East. I was amazed by the women I met at the training and their stories. All that they had experienced and their deep love and longing for Jesus took my breath away. I soaked in the beginnings of sweet memories and fellowship all around. I knew God was doing something big, far bigger than all of us there. Something I felt honored and humbled to be a part of.

This year, three years later to the month of my first trip to the Middle East, I attended the training again. And I no longer saw seeds, but something new and beautiful flourishing.

One day during the training, I had a long conversation with one of the younger women. We spoke about what daily life is like in our countries, the battles we face with our cultures, and some of our testimony. We talked about how much she has grown in three years, chuckling a bit about how nervous she was during the first year. That nervousness is replaced with godly confidence now.

I was amazed at the young, wise woman sitting in front of me. As we chatted, I couldn’t help but think that Jesus has big plans for her life. I am thankful these conferences have equipped her. I know they will continue to help her do what Christ has called her to do.

It brings me to tears to witness what God has cultivated since our first Women’s Leadership Training. The bonds, sisterhood, and trust that has blossomed. The deepened knowledge of God’s word.  Stories of how the women are implementing what they have learned in their churches. It is clear that though on the outside the women look the same as when I saw them three years ago, a deep inner work has happened within.

We now have two years left of this training conference. I cannot imagine what God has next. He is doing something powerful in these women, their churches, their countries, and the MENA region. While the American team traveling there is prepared to facilitate the training, we are never fully prepared to bask in all God does during our time in the Middle East. I hope the women truly know how blessed we are by them.

The gardener I mentioned at the beginning is not me, it is not the leaders of the training, and it is not the women. It is the Master Gardener, our Father. Before the idea became a seed, He knew what would blossom. He has been patient to see us through every step and stage. He will see us through to the end.

I imagine there is great joy in our Master Gardener when He sees us as seeds but knows exactly where He’s taking us and how we will grow and flourish. From seed to sprout to seedling to plant, every stage has purpose and power given by the Father, the Son, and the Holy Spirit. And He is not done with us yet!

I am deeply honored to be a part of what God is doing in the Middle East. To be a mere observer would have been fulfilling in itself, but to get to work, discuss, cry, and laugh with these beautiful women of God is something I will cherish for eternity. As the women gather for the last four trainings, the Father has more for them. More than we could ask or think ourselves. He has chosen and called each of these women by name; He has a mighty work for them in the MENA region.

All honor and glory to the Father!

Amber Griffin is a native Houstonian and proud Texan. She currently works at Caldwell Companies, having previously taught elementary school for seven years. A member of Houston's First Baptist Church, Amber is deeply involved in women's ministry there. In her free time, she is working toward completing a Master of Theology from Dallas Theological Seminary. Amber's involvement with Ananias House began in 2019. She has served as a small group leader at our Women's Leadership Conference and is now interning for her seminary degree through the conference.
PrevPreviousFather Forgive Them